Spending review: time to get out the mop and bucket?

We’ve all been told that the spending review 2015 is all about “fixing the roof while the sun is shining” as we hear in full how much cash will be spent and on what. But is there a glimmer of hope for housing providers and their residents? 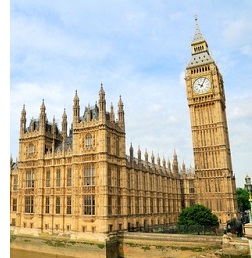 Well there will no longer be £4.4bn cuts made to working tax credits. This is welcome news for many but means that the government will breach its welfare cap in the first years of the Parliament. In addition, whilst there remains a firm commitment to deliver the £12bn worth of welfare savings in full the government will have to make these savings elsewhere…. This led the Chancellor nicely onto the announcement that new social housing tenants are to have their housing benefit capped at Local Housing Allowance levels. It is not fully clear how this will impact on tenants, but it looks likely to substantially affect the income streams of many housing providers.

Cuts to universal credit in the future will still inevitably continue. Moreover, of those claiming unemployment benefits 1 million more on job seekers allowance will encounter penalisation measures. Housing benefit will also be stopped for tenants who are away overseas for one month.

In addition, the housing budget has been doubled to £2bn a year. The Chancellor promised he will deliver “the biggest affordable housebuilding programme since the 1970s”. However, the emphasis is of course on developing homes for homeownership rather than rent, as the vision for creating a property owning democracy is promoted further. Half of the total number will be ‘starter homes’ while 135,000 will be for shared ownership. In London a new Help to Buy scheme, with a 40% interest-free loan on the value of new-build home will be introduced.

Public spending cuts will of course continue although they will be reduced due to an “improvement in finances”. Local Authorities will be able to levy a 2% increase in council tax, however this can only be spent on social care. Councils will also be given the power to spend 100% of receipts of asset sales on services, though this is separate from the proposals on right to buy receipts. This represents a further move to devolution of budgets that may be an indicator of more powers to local authorities in the Housing and Planning Bill.

The Chancellor has admitted that “in this spending review, we choose housing”. And it does seem that way, although whether it is the right type and at the right price will continue to be a topic of much debate.. For now and into the foreseeable future it looks as if like the sector will have to ride out more stormy weather and ask itself difficult questions about who it is for and what price should they pay.

So whilst the roof is being fixed, housing providers are urged to get their mops and buckets at the ready. Future burdens could well fall on you.