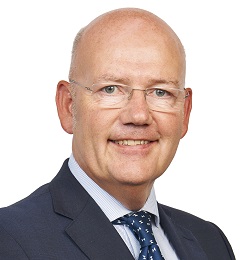 Last week on my way into work, I spilt coffee on my shirt. That was a bad day. The week before I was forced to watch my team lose 4-0 to the team my wife supports and then I had to travel home with her. That was also bad day.

On the 24th June this year, I met a neighbour in my street who was tearful over the out come of the EU referendum. Brexit didn’t move me to tears but it was a bad day.

Today is a very bad day. We should have seen today coming! The Brexit vote was an omen of today’s very bad day.

One of the longest running and most successful quiz programmes on the American TV work is a programme called Jeopardy. In the quiz programme, the contestants are given the answer and have to work out the question.

I cannot think of a serious or wholesome question to which “Donald Trump” is the answer.  “Who is the guy with the stupid haircut?” is as inoffensive as it gets.

Leading the major economic force of the planet is a complex challenge. Creating employment and wealth in economies recovering from crisis is tough. It requires sophisticated Leadership. Trump appears to me as an avatar for the easy way out.

Consider one of my favourite Homer Simpson lines  – “When things go wrong, always blame the guy who doesn’t speak English”. Donald Trump is Homer Simpson, (with Marge’s hair style). – now to be the Leader of the “free world” and “make America great again”.

I don’t believe we will see World War 3, but this presidency will end in tears. The idea that a leader who always looks to take the easy way out is going to solve the problems of the western world is laughable.

Good leadership is not easy. It has to be thought about and planned. You have to carry people with you. Now some might say that Mr Trump carried the majority of the American voting public with him, but his easy way out approach is unsustainable.

At Altair we work with Leaders in our sector across the UK and Ireland, help them to plan and execute those plans. We assist with the thinking about how to take your staff, customers and stakeholders with you. We would never advocate taking the easy way out – or a stupid haircut.