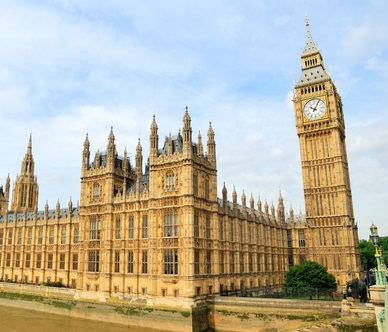 There has been a flurry of news relating to the housing sector in recent weeks, culminating in yesterday’s Autumn Statement. In this article, we summarise the main facts:

Pay to stay: The most surprising of the various announcements is the withdrawal of the planned mandatory pay to stay, with the Government stating that local authorities and housing associations “will continue to have local discretion” to charge high-income families higher rents to remain in social housing.

Improving Planning Performance:  On 22nd November the Department for Communities and Local Government presented “Improving Planning Performance: Criteria for Designation (Revised 2016)” to Parliament. Among other things, the document introduces separate thresholds for assessing the speed at which applications for non-major developments are designated as the Government seeks to reduce delays in the local authority planning application determination process.

“Buy as you go”: The Government is currently considering implementing a new type of tenure called “buy as you go”, whereby buyers will not be required to pay a deposit or get a mortgage, instead building up equity in their homes over time. Details of this scheme are expected to be published in a housing White Paper in the near future.

VRTB pilot extension: In the weeks running up to the Autumn Statement there had already been announcements of delays due to the EU referendum result. The Chancellor announced yesterday that there would be large-scale regional pilots of Right to Buy for 3,000 housing association tenants that will last five years. This builds on the previous pilots launched in November 2015, and suggests there will be further delays in relation to a full roll-out of the scheme.

Additional Government funding: The Government will be making an extra £1.4bn available for affordable housing, and confirmed that there would be greater flexibility for providers to use grant in relation to products other than just homeownership. It is expected there will be a boost in affordable rental developments as a result.

Separately, London has also been allocated £3.15bn in funding for 90,000 new affordable homes by mid-2021. A new £2.3bn fund has also been established for investment into housing infrastructure in and around public land to support up to 100,000 new homes across the UK in areas where there is the highest demand for housing.

In addition, the National Living Wage will rise from £7.20 an hour to £7.50 from April 2017, and there will be stronger enforcement to ensure people are paid the minimum.  And while the Government has already committed to cutting benefit spending by £12 billion, it was confirmed in the Statement that there will be no further welfare savings measures. With regards to universal credit, the taper will be reduced from 65% to 63% from April 2017, meaning that for every £1 earned after tax above an income threshold, a person receiving Universal Credit has their benefit award reduced by 63p (previously 65p).

Overall, while it has been a busy couple of weeks for housing news, with some welcome announcements to boost grant funding for rental homes, full details are still scarce. There were also some notable absences from the Autumn Statement, particularly relating to Starter Homes.

It is anticipated that further announcements will be made in the White Paper set to be published shortly.