Autumn Statement: The devil is in the detail 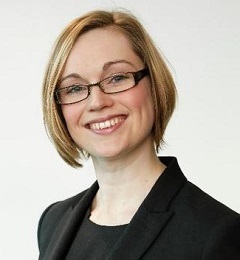 The government made announcements and reannouncements on housing this week, both within and in the run up to the Autumn Statement.

While we all watched for the expected capital funding announcements the government launched the long awaited consultation on the Future Funding of Supported Housing and, surprised us with making Pay to Stay voluntary for local authorities to implement. (Cue an audible sigh of relief from LA housing departments up and down the country).

It might have appeared a busy week for housing announcements but we are still lacking the detail.

Cameron and Osborne’s governing style was about announcements, not policy detail. But that has left providers, and funders, in a bit of state of limbo and this statement hasn’t moved us to firm ground yet.  So far the indications are that Teresa May’s government is more measured than its predecessor and is watering down some of the more ‘extreme’ housing policies of the Cameron/Osborne era. So we see a move away from only Home Ownership, to supporting rent and home ownership, we move away from Pay to Stay being mandatory to voluntary, we move away from very harsh tapers in Universal Credit and we move away from national roll out of Right to Buy to a regional pilot.

The extra £1.4 billion for affordable housing, and crucially the reintroduction of funding for a rented product has to be celebrated. But these are just the supporting acts to the main show, with the government to publish a Housing White Paper shortly. This will, according to the Autumn Statement documentation, set out a comprehensive package of reform to increase housing supply and halt the decline in housing affordability.

Until we have this paper and the context it will provide, not to mention the detail of how housing associations and local authorities might access the extra funding, the risks and opportunities are not clear. If the flexibility just means the option to build the HCA’s Affordable Rental product, this will take the shine off for many providers in lower cost areas.

But what these announcements all lack is detail, and most importantly for housing associations, a decision on rents post-2020. It’s positive to see the government back affordable housing, but providers need clarity and certainty.

For more information or to discuss any of these issues further, you can contact Gemma Duggan on 07586 325 368 | gemma.duggan@altairltd.co.uk