The final report in our ‘Future gazing, Future shaping’ series is released today. The previous two reports outlined a vision for housing in 2025 and reflected on how the sector is currently transforming. The final report looks at what can and is being learnt from the innovative ideas being implemented across housing and other sectors.

We asked respondents which sectors they learn from most. The areas that topped the list were retail and banking with 51% and 49% respectively. 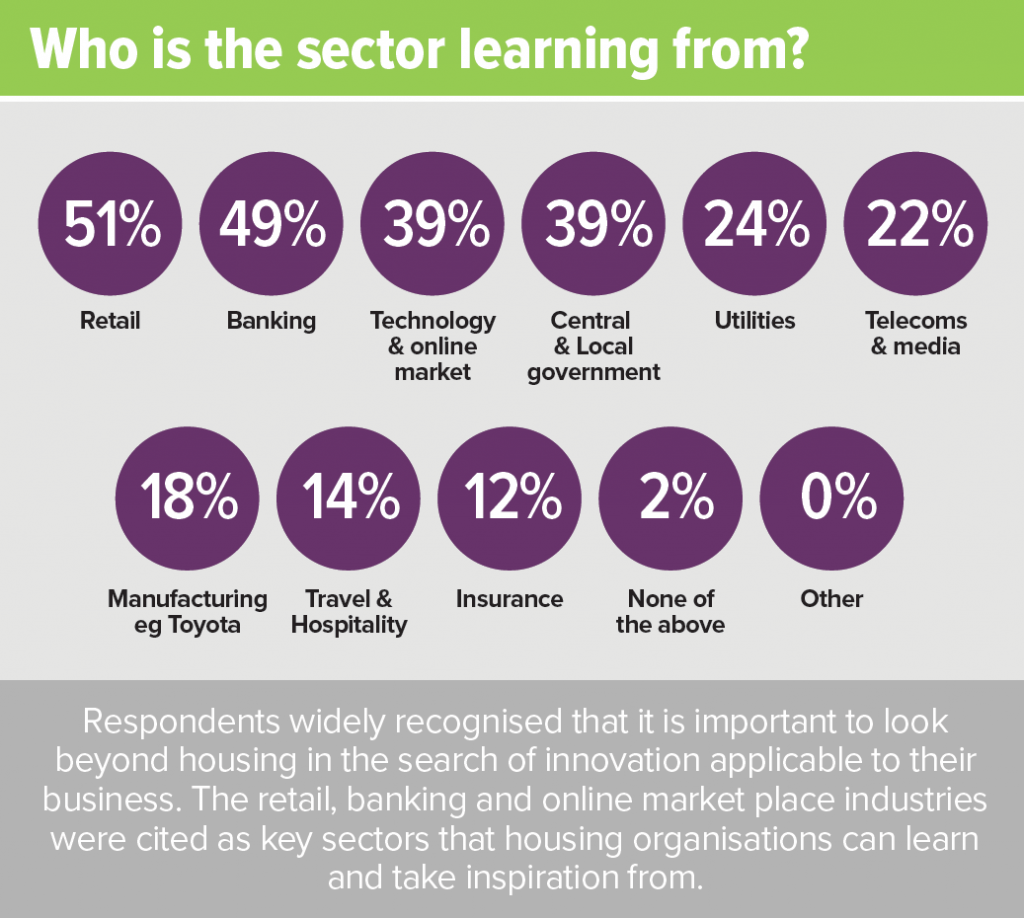 Those who are staying ahead of the curve are getting ideas on apps, on line portals, as well as customer insight and customer incentive schemes.

There is much to be learnt from the way other sectors are currently using advances in technology to their advantage. We found that innovation included ideas such as wearable technology and drones, some of which is already being used in the sector. The report also identifies some of the interesting innovations such as the gamification of services– making services interactive and enabling accumulation of points, typical of computer games- currently being implemented in other sectors. Technology upstarts such as Uber and Amazon are also having an impact on the sector with around 40% of organisations looking to learn and adapt ideas from the technology and online markets. 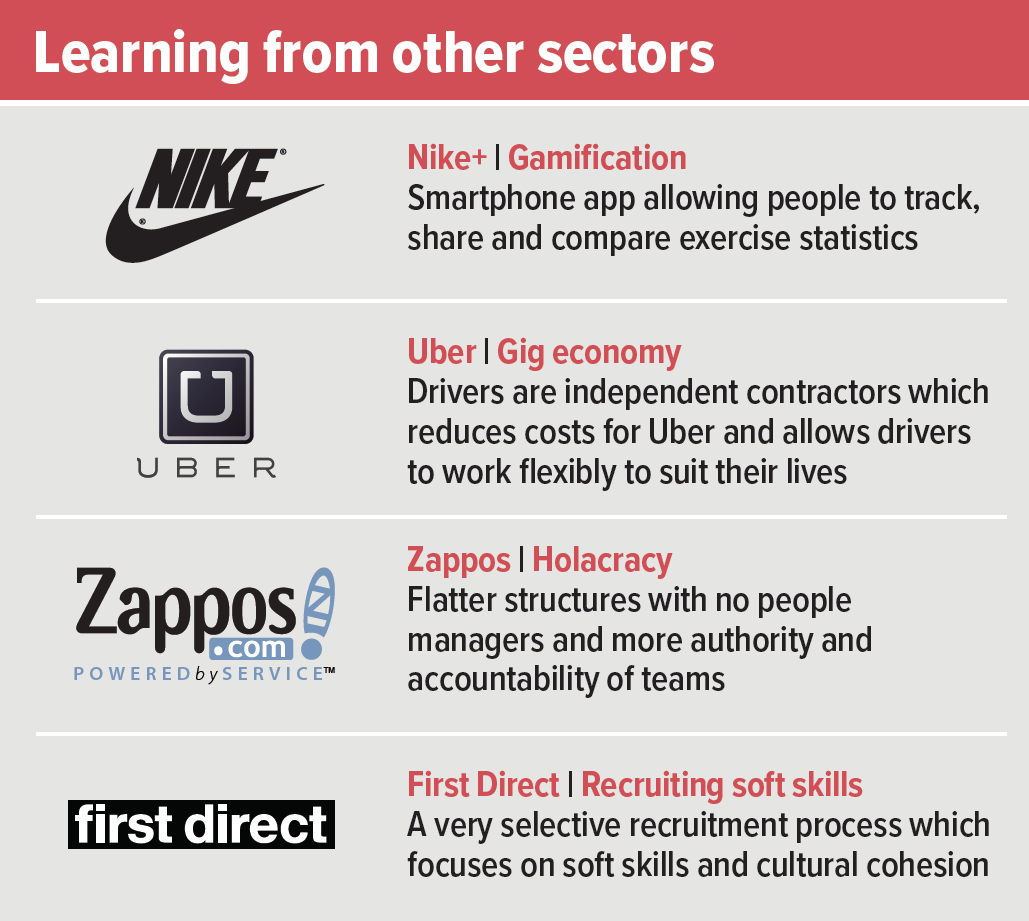 Set against the context of the first two reports, the final report highlights that there are a huge range of opportunities for innovation out there for the sector. The limits in potential are only restricted by the creativity of organisations and their leadership.  The final report isn’t intended to provide all of the answers, and is designed to stimulate thought and debate on how the sector could operate differently. However, it does provide a really useful reference point for those looking to transform their organisations or already embarking on significant change or innovation.

It’s clear that the most innovative in the sector are leading the pack, but that the out of sector innovators are much further ahead still.

Read the third and final report in his series: Future Gazing, Future Shaping: Learning from others

We will be discussing these reports in more detail at our networking dinner in Birmingham on Thursday 8th December. However, if you are not attending that event and would like to discuss the findings in more detail, please feel free to contact any of the following: