Is your organisation falling foul of its IR35 obligations? 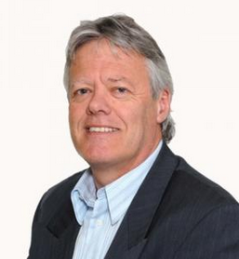 31st January is tax return time, here are some thoughts for employers and the self-employed.

First and foremost, IR35 has been around for quite a long time (it dates back to 2000) but it is still causing some confusion amongst both the “self-employed” and/or “interims” and their “employers”.

Back in the day, interims allocated to a client’s contract were considered by all to be self-employed. They submitted an invoice (perhaps subject to VAT) and the invoice was paid by the end user client. The interim was paid gross and the end user client did not need to deduct employee’s income tax and National Insurance Contributions (NIC). The interim was responsible for any personal and/or corporation tax due. Not surprisingly, HMRC became concerned that in many cases, income tax and NIC were being lost to the public purse; and so looked into whether the interim could be considered employees of the end user client or not. As a result, legislation was introduced to make any shortfall in respect of lost revenue payable by the supplier placing the interim. However, within the regulations there was a provision whereby the supplier would not be responsible for the losses if the interim was supplied by a limited company.

As a result, many interims formed themselves as limited companies to mitigate the risk.

IR35 is all about trying to establish the true status of the interim; are they a “self-employed” contractor or an employee? Is the interim an employee or is there a genuine business to business contractual relationship?

The concern of HMRC was that small (often owner managed) limited companies were being used to mask the employment status of the interim concerned and so the new test is in effect:

“Where the person supplied is provided by his/her company to an end user client on terms which would normally constitute an employment with that end user client; the arrangement could be deemed a “relevant engagement” creating an employer/employee relationship and so IR35 would apply”

Why is this relevant?

Well, if it transpires you are an “employer” of the interim, it is your responsibility to collect any income tax and NIC due. In addition, the person you thought may have been a self-employed contractor may have acquired the rights of either an employee or a worker and there will be issues around the VAT you have been paying and offsetting.

So who is an employee?

Section 230(1) Employment Rights Act 1996 defines an employee as:
“An individual who has entered into, or works under, a contract of employment”

Under Section 230(3) of the same Act, a worker is defined as:
“An individual who either works under a contract of employment or works under any other contract where that individual agrees to personally perform work or services for another party”.

… as can be seen from the above an “employee” is very different from a “worker” and from a self-employed contractor.

Whether a person is an employee or not is tested by Courts and Tribunals by a series of tests. They comprise:

There is good simple advice at: www.gov.uk/employment-status/overview

Clearly each contract turns upon its own merits; but it is essential the interim is not under the direct control of the end user client. As such, as the client, you need to remember you should not discipline or line manage the contractor in any way or you may find that by exercising control you have created an employer/employee relationship.

If in doubt – check your interim contracts and review the way they are being managed within the organisation. We’re always here to help if you want a second opinion.