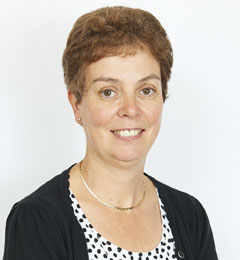 Liz Anderson breaks down the rules governing how local authorities can use right to buy (RTB) receipts.

The Government introduced a new RTB policy in March 2012 “Reinvigorating RTB”. This increased the maximum RTB discount to £75,000 (which was then increased to £100,000 in London in March 2013 and this now increases by CPI in April each year). It also introduced the idea that Councils could retain all surplus RTB receipts (rather than just 25% as previously) if the receipts were used for one–to-one replacement. In order to retain these surplus RTB receipts, each authority had to enter into a RTB Agreement with the Government.

The original RTB Agreements were updated in May 2013 and revised guidance issued by DCLG in March 2014, with some responses to Frequently Asked Questions supplied in September 2015.

However, interpretation is an art, not a science.

Our understanding is that RTB receipts are apportioned as follows:

The RTB Receipts for Replacement Homes (known as 1-4-1 Receipts) retained through a RTB Agreement must be used as follows:

Perhaps importantly for the effective use of receipts, DCLG have confirmed that a Council can gift land to a body in addition to funding up to 30% of the total scheme costs from the 1-4-1 Receipts. They would also be entitled to provide additional funding from s106 money, though DCLG have expressed a preference for this to be put towards additional homes, rather than those funded from 1-4-1 RTB Receipts.

We’ve worked with a number of local authorities advising on how best to use their RTB receipts to ensure that local provision is maximised.

For more information, please contact Liz Anderson, Susan Kane or one of the Directors: