Deregulation 6th April – Will Boards be replaced by Artificial Intelligence? 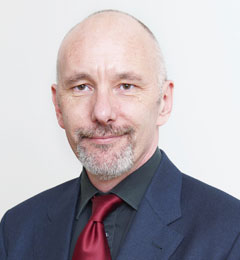 In a story you may have missed whilst you were being underwhelmed by the government’s White Paper, it was reported that Google Translate had invented its own language in order to make its own job easier – and without human intervention. There have been subsequent analyses suggesting that this wasn’t quite the ‘rise of the machines’ moment that appeared to have been represented in some quarters but nonetheless, an astonishing moment in the development of machine-learning and artificial intelligence (AI).

Steve Douglas has written here previously about what the future may hold for housing organisations generally but if we extend his time-frame by, say 5 years, and focus on the governance aspect then the really fascinating thought experiment becomes – could an AI replace your board? What are the quintessentially human elements of governance?

Thinking about the board as a singular entity focuses on what it is that it is asked to do. It is, of course, asked to make decisions. Intelligent decisions based on broad-spectrum inputs is, of course, meat and drink to AI and, like a good board, a well-trained AI will also seek out additional sources of data to complement and inform its decision-making processes and will identify areas where data is lacking or inconsistent.

Similarly with scrutiny and performance management. Assuming that your strategic objectives were clearly articulated and SMART (and your AI would tell you if they weren’t of course) the collation of data from operational and other systems to inform an evaluation of strategic attainment is relatively simple.

Stakeholder management – the harvesting of social media feedback and machine-learning as to suitable feedback mechanisms to stimulate positive responses, not a problem. And so on, so that with the assumption that a multi-billion dollar investment in AI would be deemed value-for-money (!) any governance process that involves data, information, and decision-making (with feedback and learning) has the potential to be automated once AI hits the right price point. Many share trading algorithms are already close to the point.

So, what’s left? Of the great triumvirate of mission, vision and values, it is the culture, values and ethics of an organisation that is least likely to fall into the remit of AI. I would suggest that there is some degree of congruence between the organisational failures around 2008 and the emergence of ethics committees in governance. Somewhere in the ethics of algorithms and AI we need to make sure that the concept of ‘by any means necessary’ does not come creeping in – at least not without clear cognisance of the fact.

The quintessentially human part of governance? The way we treat people.