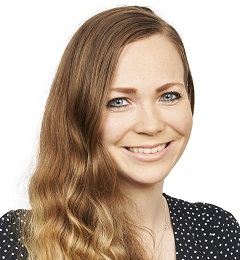 In today’s operating environment, where financial pressures persist and general uncertainty lingers, the Regulator remains keen to ensure that social landlords demonstrate how they deliver ‘value for money’. This was underlined recently in the HCA’s assessment of the sector’s global accounts, published in February 2017, where all individual organisation’s unit costs are now openly available. Having analysed the latest data, it was reported that there continues to be significant variation in costs across providers and that around only half of the differences in these unit costs can actually be explained.

So, with this backdrop in mind, how is the Regulator’s focus shifting in relation to its approach to value for money?

The HCA’s latest unit cost data report said that the Regulator “does not use, and does not plan to use, projected costs from the ‘regression analysis’ published in June 2016 as a reference point for regulatory engagement”. But despite this affirmation, it does seem that other changes in regards to the Regulator’s approach to value for money are afoot.

Earlier this year Julian Ashby signalled that the HCA is currently reviewing its approach to value for money regulation. As a result, they are planning consultation on the Value for Money Standard later this year. At the same time, Mr Ashby also said that the HCA aims to “regulate a mature sector in a mature way” and hinted that it would like to shift its focus away from analysing self-assessments in favour of utilising “useful metrics” to assess progress.

The revelation follows a recent drive by organisations within the sector who wish to more accurately compare and measure their efficiency, using indicators created by social landlords, for social landlords. An Efficiency Working Group, comprised of more than 20 chief executives and senior housing leaders, have now launched an efficiency scorecard pilot. The scorecard intends to enable providers to more accurately compare ‘like with like’. And the Regulator has indicated that it may also use the framework as part of its future approach.

At present, associations holding more than half of the sector’s stock have signed up to the pilot. As part of this, they will record their efficiency data against 15 different criteria over the next 12 months. This will be carried out across five categories including:  business health, development (capacity and supply), outcomes delivered, effective asset management, and operating efficiencies. Housemark members will automatically have the sector scorecard incorporated into their dataset for 2017.

The sector scorecard looks set to make a meaningful impact on how efficiency is consistently measured and calculated amongst housing providers. Organisations should therefore keep an eye on the horizon in relation to the HCA’s upcoming consultation to see what’s in store for the future of value for money regulation.