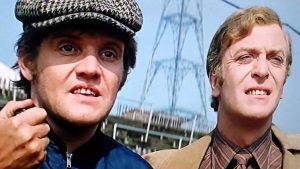 “You’re only supposed to blow the bloody doors off!”

Having pushed the button, the result has been a remarkable miscalculation for Mrs May.

The dust is starting to settle on the make-up of the new Cabinet following the surprise result in last week’s General Election.

This particular explosion has resulted in:

But despite the new Government and new priorities, the fundamental influences on housing will remain largely the same.

The Conservative manifesto underlined a commitment to:

There was cross-party agreement that more homes, of all tenures, need to be built as soon as possible. With Sajid Javid remaining Secretary of State, it must be hoped that this commitment will be maintained.

The Conservatives promised to give “greater flexibility to housing associations to increase their housing stock”. What this meant exactly was yet to be determined. In particular, some in the sector have considered this aspect to mean rent flexibility or rent deals. Certainly the desire for rent certainty has implications for building and for lender confidence in the housing market.  There are also implications for affordability, and for provision of new homes. However, agreeing the settlement should be regarded as a matter of priority.

The DUP previously demanded an agreement with the Conservatives in 2015, which included the abolition of the Bedroom Tax,so they might intervene to soften the blow of this proposed cap.

The deal with the DUP is likely to mean a softening in negotiations over Brexit. Conservative Brexit strategy is focused on going hard or going home.

In particular, Mrs May had promised to bring net migration to below 100,000 a year. However, with arch Remainers now in the Cabinet it is uncertain what the line will be. Some have raised concerns that  a hard Brexit could undermine any new housing targets. The Royal Institution of Chartered Surveyors has predicted that 8% of the UK’s construction workforce could be lost as a result of a hard Brexit.

The following could have a huge impact on housing providers:

The Conservative manifesto stated their Government would continue to help “those living in a home owned by a housing association” to buy their property.

Mrs May also said in a recent interview with the Metro that “We would also want to work with local authorities, councils and housing associations to put in place a scheme where they would be able to build more homes but with the requirement that after 10 to 15 years those would be available for tenants to buy.”

But there was no explicit reference to the Voluntary Right To Buy (VRTB), which is currently being piloted in the West Midlands. It is understood that there’s still little detail about how the pilot will work in practice. More importantly, where will this now feature in the list of Government priorities?

The poor result for the SNP in Scotland probably means a second referendum is off the table for the foreseeable future. However the City Mayoral elections have quietly accelerated the devolution of powers and responsibility to a more local level. We should expect more explicit calls for devolution of budgets away from central government both from those newly elected mayors, and from other parts of the country.

In London, the GLA’s autonomy will almost certainly increase further. So expect housing policy, priorities and delivery to be much more localised.

With supply still the number one priority, there will continue to be a need to reach out to the many, not the few,  housing providers that can deliver the numbers of homes that are needed.

While most housing legislation falls under the “English votes for English laws” category – where Conservatives still retain a strong majority – the DUP has held the Department for Communities ministry in Northern Ireland for the past five years.

During this time a number of positive housing and welfare debates have taken place from a housing provider perspective. The party has maintained a strong commitment to building new social housing, with Northern Ireland continuing to enjoy the highest percentage of public spending on housing in the UK. Some flexibility in the way that Welfare Reform has been implemented include:

The headlines may focus on the perceived negative aspects of the Conservative and DUP alliance. But for UK social housing it may result in some softening and flexibility in some of the tough Welfare Reform measures.

So in conclusion, the next few months are likely to be uncertain for policy generally and housing will be in the mix fighting to be a priority.

With Gavin Barwell as Chief of Staff at Number 10, the sector has someone who understands housing and the issues. However, he will have a pretty big in-tray helping a government machine reassess their priorities.

The task of providers will be to help this government make the case for continued support and investment in housing solutions. With government issues all up in the air, it is even more important that the housing sector has a coherent and well articulated offer.

We want to support your growth,helping you change to improve. We will also support your resilience in your current and future operating environment.

If you’d like to talk to us about how we can provide help for you and your board to consider these issues, please contact us.