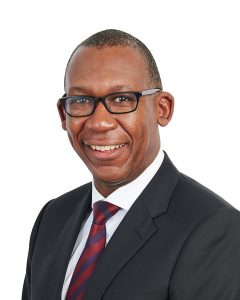 One Housing as its new Chair.

Steve joins a recently strengthened Board and a newly appointed Executive Team, including Richard Hill who became Chief Executive in late 2017.

A well-known figure in the housing sector, Steve brings years of experience including a range of senior regeneration and development positions and leading two other housing associations as Chief Executive (Spitalfields CHA and Asra Greater London). In his current role at Altair he works on projects as diverse as organisational governance and regulatory reviews to coaching and mentoring of senior executives. As Chief Executive of the Housing Corporation he was responsible for an £8.4bn three year budget to deliver 155,000 affordable homes and for regulating England’s 1,500 housing associations.

His commitment to housing and communities is well known within the housing sector and he has been a passionate advocate for creating a more diverse and accountable leadership within housing throughout his career.

Commenting on his appointment he said: “I’m delighted to join One Housing as its new Chair. It is a significant housing and care social business, with a major stake in a number of communities. In a world that now has great opportunities for housing organisations to play an important role in services to tenants and residents; building new homes; and supporting communities, it’s great to be part of One Housing on the next stage of its journey”.

Steve will replace long-standing Chair Anthony Mayer who announced his retirement from the role earlier in the year having served his maximum six year term.