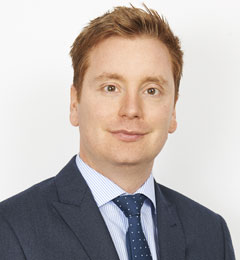 The reports were in part based on a sector wide survey and series of interviews that were designed to cover three main areas:

Since then, the housing sector has moved on quickly. We are already starting to see a number of our predictions being enacted. For example, some of the predications in our reports included:

Over the last two years we have also seen an increase in other areas not covered in our reports. An example of this is  an increasing focus on alternative approaches to development, modular builds and offsite construction. We’re also now seeing organisations increasingly looking at areas such as smart homes as a realistic part of their customer offer. In other sectors artificial intelligence is starting to come to the fore.

With this context in mind, now is an opportune time to test again where the sector currently sees itself and how it is planning for the future.

In August we will therefore be re-launching our new “Future Gazing, Future Shaping” survey and we will be aiming to again get input from a cross section of the sector. We will also be completing follow-up interviews and hosting a series of sessions to discuss the findings with organisations.

Keep an eye out for the survey and if you’re interested in knowing more or want to be involved, contact: