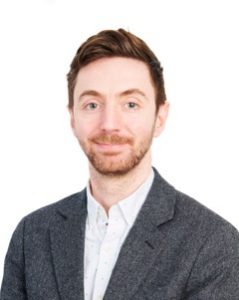 The updated National Planning Policy Framework (NPPF) has just been released and adopted alongside important updates to Planning Practice Guidance (PPG) and release of a Housing Delivery Test measurement rule book. There is a lot to digest given the changes since the 2012 version of the NPPF as well as the draft NPPF that was released in March 2018.

This NPPF and accompanying PPG cement some fundamental changes in policy in relation to affordable housing, build to rent and viability and maintains the primacy of Local Plans for planning decisions.

The framework reflects the Government’s continued preference for home ownership and opportunities to deliver affordable home ownership with the inclusion of Starter Homes (SH) and Discounted Market Sale (DMS) definitions as well as a requirement for a minimum 10% of homes on a site to be affordable home ownership (barring a few exceptions). This gives developers the tools to argue for these essentially sale tenures at a local level, likely at the expense of more traditional shared ownership delivered by Registered Providers (RPs). Councils who like to set local affordability requirements for intermediate housing could find strong resistance from developers who will prefer less encumbered SH or DMS.

Social Rent is reconfirmed alongside Affordable Rent in the definition of Affordable Housing though it appears to leave a lot to local discretion and assessment of housing need and affordability at a local planning authority level. Wider housing policy may also come into play on  Registered Provider rent setting and affordability both through regulation and the availability of grant funding which may mean discussions about exactly what the mix of affordable housing may actually be in particular locations.

The PPG updates accompanying the NPPF give greater clarity on viability appraisals including the approach to land value –  a hotly debated topic – and it will be interesting to see if this gives rise to greater affordable housing delivery being secured through s106 now there is transparency and clarity on methodology as well as maintaining the number of sites coming forward for residential development. This approach to viability broadly follows the London Mayor’s Affordable Housing and Viability SPG and the impact of that policy will be known in the next London Plan Annual Monitoring Report (AMR). If the AMR shows increased numbers of affordable housing delivery, the PPG update could enable the same outside of London.

The cornerstone of planning is delivery of new homes including affordable housing. A key test will be whether this new 2018 NPPF will secure delivery of more new homes than the 2012 version managed. There is still likely to be a live debate between planners, developers and social housing providers about exactly the type of affordable housing that may be provided Market forces will play their part but this new policy document might play a critical role in housing delivery for the foreseeable future.

If you need any help in this area, or property in general- please contact a member of our Property Team or click here