As rough sleeping and homelessness continue to rise, it is time for the social housing sector to lead on developing a solution, writes Steve Douglas 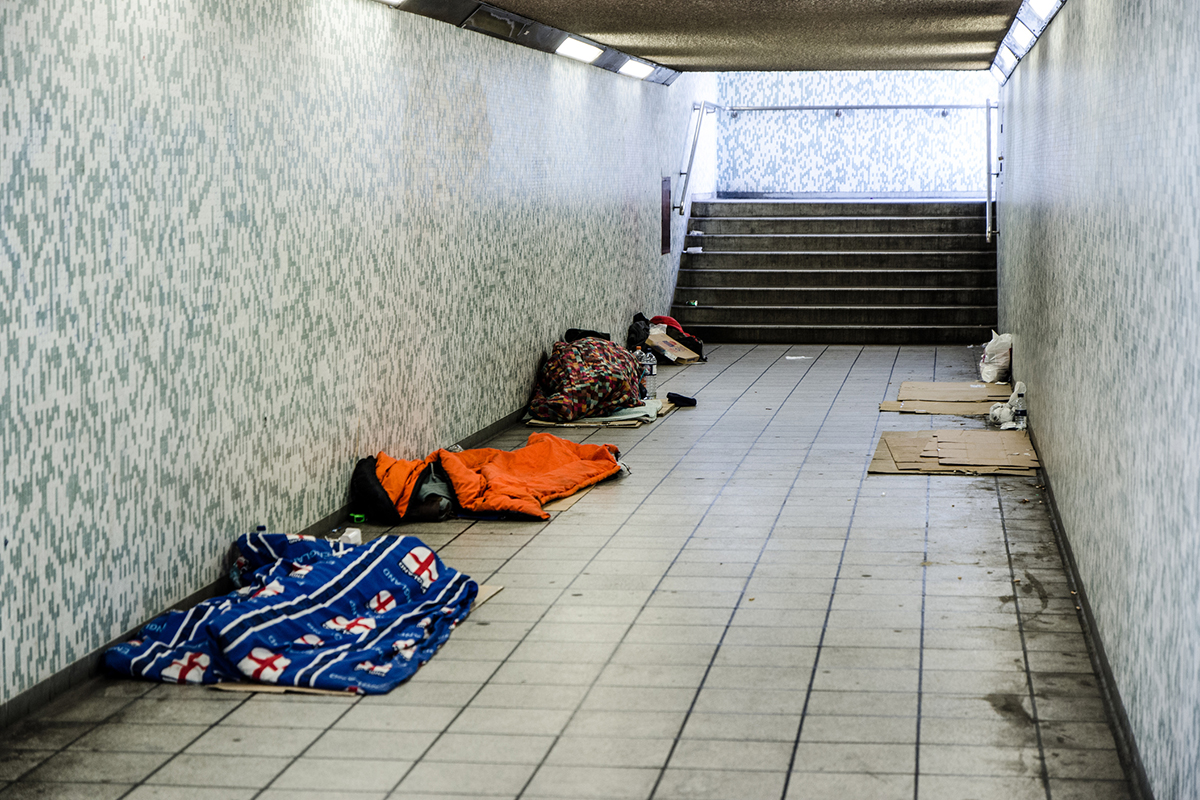 Over the holidays I had three reminders of why the housing sector’s work matters.

As chair of One Housing Group, I was lucky enough to visit the Royal Academy of Arts exhibition Art is Part of the Equation, where 15 homeless residents from our Arlington homeless scheme in Camden were exhibiting with a range of other homeless charities, and to meet Leo, one of the exhibitors who was until recently a resident.

I read to my youngest son David Walliam’s fictional novel Mr Stink – it’s the story, set in the time of ‘Dave’ the prime minister, of a homeless man who was befriended by a young girl and demeaned by politicians for attempted political gain.

And of course there was the very sad death of Gyula Remes, the homeless person who died within the vicinity of the Houses of Parliament.

His death received news coverage for about three days.

All three reminded me that those that are homeless are people and have back stories. Leo was a teacher, suffered from depression and before he knew it, he said “my life was crumbling before my eyes and I felt helpless”.

The fictional Mr Stink was a lord who lost his wife and unborn baby in a car accident, and Mr Remes had just been given a job as a chef’s assistant.

Leo’s story is life affirming. He’s got a job, now has his own home and had an opportunity to showcase his talents in the most prestigious of settings.

Sadly, though, for every Leo we are increasingly seeing the chances of more like Mr Remes. The numbers of street homeless continues to rise.

And according to Office for National Statistics, almost 600 people were found dead on the streets or in temporary accommodation in 2017. An increase of 24% over five years.

2019 is likely to be the year when the stain of our national failure on eradicating homelessness is more visible to our parliamentarian and cannot be ignored.

And whether we have an orderly or disorderly Brexit, whether there is a deal or no deal, austerity, circumstances and, sometimes, just plain bad luck will lead many to need the support, advice and help that housing charities and housing providers give.

We have homelessness back in the spotlight. It feels similar to the rough sleepers in the doors of the Covent Garden Royal Opera House moment in the 1990s, which saw the creation of the Rough Sleepers Unit.

This time there will be a need for our sector, working across the charity and voluntary sectors, to develop a longer-lasting, once-in-a-generation solution.

To read this and other articles published by Inside Housing, click here.